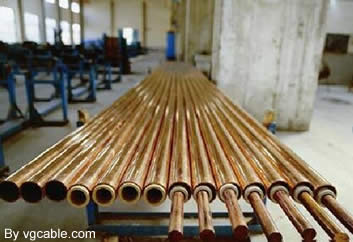 BTTZ mineral insulated cable is a power cable made of seamless copper tube sheath filled with magnesium oxide powder insulation material, which has been introduced from abroad to form large-scale production since the 1990s. During this period, three manufacturing process improvements have been made.

First invented by Switzerland in 1859, first produced by France in 1934, and the world's largest manufacturing country in Britain in 1936, bs6387 fire standards were formulated. 1945 general electric mass produced military equipment. Before 1951, the Soviet union used it in various fields. In 1968, Shanghai cable research institute developed heat-resistant cables for nuclear reactor core measurement, developed mineral insulated cables for power transmission in the mid-1970s, successfully developed and produced in the laboratory in the late 1980s, established the first pilot production base in China in 1987, and formed large-scale production in China in 1997. In 2000, wintek invested 100 million yuan to introduce advanced equipment and technology from abroad to manufacture BTTZ and other mineral cable models.

a. porcelain column assembly method, magnesium powder into magnesium column after drawing.
b. automatic filling method, magnesium powder in the high temperature state directly automatic filling into the copper tube, using automatic equipment continuous production, so that the electrical properties of magnesium powder can be fully reflected in the cable.
c. automatic longitudinal package continuous rolling method, the use of automatic filling and continuous rolling of the full automation process, the technology applied to mineral insulated cable, the electrical performance of the cable is far higher than any other kind of cable, cable length is greatly lengthening, product quality is not only fully guaranteed, but also get better promotion.
BTTZ cable formula: the first is the use of seamless copper tube copper sheath, fire-resistant cable through the tube, and later after the improvement with magnesium oxide inorganic mineral filling fire effect is better (magnesium oxide melting point 2800 degrees). 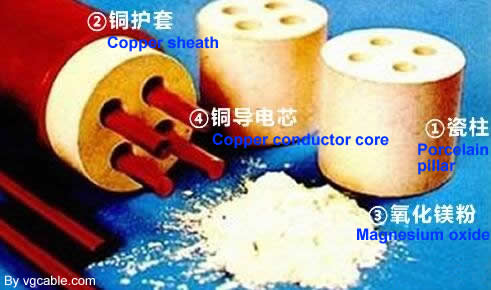 The current implementation standard is GB/T 13033 of rated voltage 750v and below for mineral insulated cables and terminals implemented in 2007 and iec60702-2002, as well as BS6387, the international standard for fire resistance. The main application scope is the special place and the public building and the fire protection system domain.
Due to its own characteristics, BTTZ has the advantages of fire prevention, strong overload protection, high working temperature, anti-corrosion, good explosion-proof performance, etc., and it is not inflammable itself, so it will not become the source of fire. According to statistics, most electrical fires are caused by aging lines and poor overload capacity and breakdown.
Pre：How long max mineral insulated cable? Micc cable specifications Next: Sorry

How to choose mineral insulated cable for fire distribution?

What works with mineral cables? Are there any mineral insulated fire cables